Reshaping the Narrative on Migration: the Case for Ethical Advertising 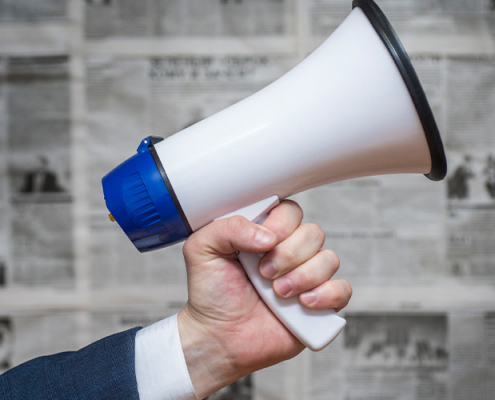 BANGKOK (22 December 2020) – At first glance, the global advertising industry doesn’t seem like the kind of world that would need to engage in a dialogue on migrants and human rights. But advertising fuels everything from newspapers to tech giants Google and Facebook – all of which have been plagued by hate speech and disinformation targeting migrants as well as other minorities.

The UN Secretary-General António Guterres has noted that fear is the “best-selling brand in the world today… It gets ratings. It wins votes. It generates clicks.”

From Western tabloids demonising immigrants to hate speech posted by Facebook users aimed at Myanmar’s minority Rohingya population, the problem is global, and it has intensified with the advent of social media.

“We were becoming increasingly aware of how the torrent of hateful messaging on migration was leading directly to a rise in violence and abuse against migrants, and indirectly to some pretty awful policies as political leaders sought to respond to this messaging by victim-blaming – taking away social services from migrants, indefinite detention, violence at borders,” Pia Oberoi, a senior advisor on migration for the UN Human Rights Office in Bangkok, said of the last few years she’s spent working on the issue.

“Soon, it became clear that the situation was untenable, and the international community sat down to negotiate a policy framework,” she added. The result was the UN’s Global Compact for Safe, Orderly and Regular Migration, a non-legally binding agreement that was adopted in December 2018.

The agreement includes a call on States to invest in ethical reporting standards and ethical advertising, and to “promote evidence-based public discourse to shape perceptions of migration.”

But as Oberoi underscored in a 7 December podcast by the Conscious Advertising Network, there was (and is) opposition to the global effort to ensure human rights-based migration policies. The gunman in New Zealand who killed 51 people in a March 2019 attack on Muslim worshippers at a pair of mosques in Christchurch, for example, had a message etched into the barrel of the weapon he used to commit the massacre: “Here’s Your Migration Compact.”

So what’s the best way to overcome the challenges and change narratives on migration? “To me, the answer has to be more speech, more discussion, more collaboration,” Oberoi said. “We’ve been trying over these last years to understand a little bit better where human rights fits in this conversation, and how to bring companies into a conversation on human rights which is meaningful to them.” The UN Secretary-General’s strategy and action plan on hate speech recognises the important role of media and business in tackling the problem.

Along with civil society partners such as Stop Funding Hate, UN Human Rights has been engaging with the Conscious Advertising Network, which is a voluntary coalition of brands, advertising agencies and NGOs dedicated to consciously changing the way advertising operates as well as the ad content that is produced.

“The advertising world is waking up to the fact that whether we like it or not, we fund a large part of the internet,” Conscious Advertising Network co-founder Jake Dubbins said in the December podcast. “This dialogue, this continued mutual understanding between the world of human rights and the world of advertising is absolutely necessary. In a world that has literally been taken over by monetised business models that make money from hate and disinformation, it is beholden upon all of us … to take responsibility, work together and really learn each other’s languages in order to better attempt to solve these problems.”

The idea that advertising is a mainstream business ethics issue has risen to prominence this year, from the #StopHateForProfit campaign, to the decision of Indian companies like Bajaj Auto and Parle-G not to advertise on “toxic” media platforms.

Dubbins also noted that the UN Human Rights Office “has really opened our eyes to the importance of a human rights-based approach to business. Advertising largely funds the internet and the narratives that we are all influenced by on a daily basis. Too often we talk about ‘brand safety’ and forget about our impact on the safety and rights of human beings and the societies we live in.”

This year, Oberoi and Dubbins, along with Jerry Daykin of GlaxoSmithKline Consumer Healthcare and Amir Malik from Accenture Interactive, took part in a panel discussion on “Business with Purpose” at the 2020 Advertising Week to discuss the “economics of hate.”  The panel discussed the fact that USD 600 billion is spent globally on advertising every year, and that – even if inadvertently – advertisers can facilitate the spread of hate speech and misinformation.

“It is our hope to see more of the private sector taking a stand and making ‘the business case’ against hate and for ethical and rights-based advertising and spending. And we would like to see this partnership happen across the globe,” Oberoi said. “Wherever you have markets and clients, we will have concerns about how vulnerable communities are being targeted and marginalised, and in many cases how this is being unwittingly amplified by advertising revenue.”

Please join us to reshape the narrative on migrants.  See our campaign toolbox here.