There are nine core international human rights treaties from which ten treaty bodies have been established. The treaty bodies are committees of independent experts who monitor the implementation of the treaties. The treaty bodies are composed of independent experts of recognized competence in human rights, who are nominated and elected by State parties. Member States who are Party to a treaty have an obligation to take steps to ensure that everyone in the State can enjoy the rights set out in the treaty.

OHCHR’s Regional Offices across the globe, including in South-East Asia, have dedicated staff working to support and strengthen the capacity of Member States, NHRIs, CSOs and other stakeholders to effectively engage with the UN Human Rights Mechanisms (UNHRMs) and to monitor, implement, and follow-up on recommendations produced by these bodies.

ICPPED: Manual on Reporting and Sharing

The Impact of COVID-19 on Mental Health 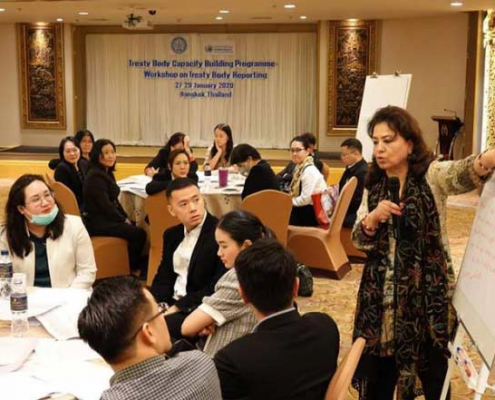