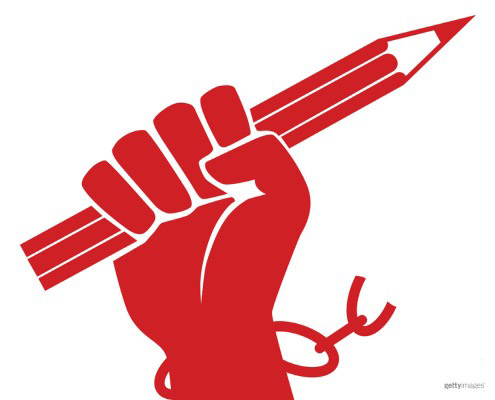 GENEVA (3 May 2021) – When Thar Lun Zaung Htet launched Myanmar’s Khit Thit Media outlet in 2018, he knew that reporting independent news in the South-East Asian country would be tough.

Back then, two Reuters journalists – both released in 2019 – were serving prison terms after investigating a massacre of ethnic Rohingya Muslims, and many of Thar Lun’s colleagues had been detained or were facing jail for publishing stories deemed critical of the government or armed forces.

But nothing prepared the 37-year-old reporter for the upheaval that engulfed Myanmar when the military toppled the elected government in a 1 February coup this year. Since then, soldiers and police have killed at least 760 civilians and detained 3,461 others, according to UN Human Rights. At least 76 journalists have been arbitrarily arrested, and 43 remain in detention.

The junta’s bloody crackdown, aimed at crushing widespread street protests, has left the nation’s long-struggling media industry in disarray. Security forces have raided virtually every one of the country’s independent news outlets, forcing them to shut down and their staffs to flee or go into hiding. Among the prominent outlets whose licenses have been revoked: Myanmar Now, the Democratic Voice of Burma, Mizzima, 7Day News and Khit Thit Media.

Media outlets say that reporting has become so dangerous that merely taking photos with a phone in sight of security forces from one’s own balcony could lead to arrest or a fatal shot being fired.

“I expected we’d be sued for some of our work, that we’d be fighting in the courts for press freedom,” Thar Lun said of Khit Thit’s launch two years ago. “But I never expected this kind of situation in Myanmar, this nightmare.”

James Rodehaver, Chief of the UN Human Rights Myanmar Team, said the military was executing “a clear plan to deter free access to information by shutting down the internet, outlawing and censoring access to media sites online, arresting journalists, shutting down media outlets and – most likely – targeting journalists covering protests and demonstrations.”

In several instances, he said, media workers have been “singled out by police and beaten, arrested or harassed with the clear intent to deter them from reporting on the events they were covering.”

Under arrest for speaking out

According to the UN Human Rights Office, over 1,276 arrest warrants have been issued against civil society advocates, political activists, academics, labor leaders, celebrities, and other individuals accused of taking part in opposition to the military authorities. At least 21 such warrants have targeted journalists in the last week alone.

Khit Thit, or New Age Media, is one of only a handful of news outlets in Myanmar considered truly independent. Although its website was disabled in February by hackers likely allied to the junta, it has continued to publish news daily on Facebook, where it has nearly 1.4 million followers.

But Thar Lun said that all ten of his reporters were in hiding, like most journalists in the country. “None of us dares to stay in our own homes anymore. We’re all running,” he said. “Our families are hiding, too, because if authorities don’t find you, they’ll arrest your relatives.”

Thar Lun, who has worked as a journalist since 2002, fled his own home in March 2020, after the former government filed counter-terrorism charges against him for publishing an article citing a spokesman for the Arakan Army, in Rakhine state, that the military took exception to.

In late April this year, he took refuge in a nearby country, where he is now struggling to reconstitute his news agency and find new funding. The staff of the civil society organizations that previously funded Khit Thit have also gone into hiding, and his reporters have worked without pay since the coup.

“They’re doing everything they can to stop information flowing to the Myanmar people and the rest of the world,” Thar Lun said of the junta. “But we won’t give up or stop reporting until we have a real democracy. We will keep fighting for it as long as we can.”

Thar Lun, like many others, had reported from the front lines of what were largely peaceful demonstrations until security forces began employing lethal force at the end of February.

“I saw many people die on the streets, friends of mine,” Thar Lun said. “It’s sad as a journalist to be covering this kind of story.”

Rodehaver said that the “protection of media freedom is now more urgent than ever, as information on what is happening in the country becomes harder and harder to come by.”

“Respecting the role of journalists, ensuring their protection and allowing them to do their work is not only critical to the future of democracy in Myanmar, it is crucial to lives of Myanmar’s people and their enjoyment of basic human rights and fundamental freedoms.”