GENEVA (16 December 2022) – States must do more to uphold the human rights of migrant workers, the UN Human Rights Office said today as it launched a new report on temporary labour migration programmes within and from the Asia-Pacific region – the largest single region of origin of migrants in the world.

The report, entitled “We wanted workers, but human beings came”, comes ahead of International Migrants Day on 18 December. Every year millions of migrants leave their countries under temporary labour migration programmes. These programmes are predominant in regional migration governance, including from Asia to the Gulf Cooperation Council (GCC) countries, promising to provide economic benefits for destination countries and development dividends to countries of origin.

The report details how in many cases temporary labour migration programmes impose restrictions on a range of human rights. It highlights situations in which migrant workers are forced to live in overcrowded and unsanitary housing, unable to afford nutritious food, denied adequate healthcare, and faced with prolonged and in some cases mandatory separation from their families.  Migrants were put at a disproportionate risk of COVID-19 infection by policies that excluded them from government support in several countries, the report says.

“Migrant workers are often dehumanised. They are human beings entitled to human rights and full protection of their human dignity. They should not be expected to give up their rights in return for being able to migrate for work, however crucial it is for them and their families, and for the economies of their countries of origin and destination,” said UN High Commissioner for Human Rights Volker Türk.

Illustrative examples in the report show that temporary migrant workers in one State are prohibited under the terms of their work permit from marrying citizens or permanent residents without the express permission of the Government. In another, certain residential zones are designated family zones and properties there cannot be rented to temporary migrants as they are not allowed to migrate with their families.

In some seasonal schemes there are reports that migrants are expected to work on Saturdays and Sundays, leaving them unable to attend religious services.  Migrant domestic workers in other States have reported being told they would be fired if they prayed or fasted while at work.  In another State migrant construction workers report receiving substandard medical care in clinics provided by their employers.

“Measures that curtail human rights cannot be justified by arguing that migrants’ immigration status is temporary, nor can States delegate to employers and other private actors their obligation as duty-bearers to ensure the human rights of all migrant workers and members of their families,” Türk said.

“States need to put in place comprehensive, human rights-based labour migration policies along migration corridors in and from Asia and the Pacific as an alternative to restrictive, and in some cases exploitative, temporary programmes,” he stressed.

The full report can be downloaded here. 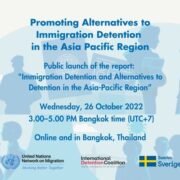 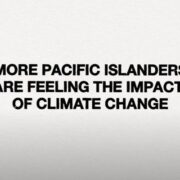 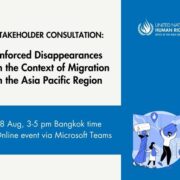 OHCHR Stakeholder Consultation: "Enforced Disappearances in the Context of Migration in the Asia Pacific Region" 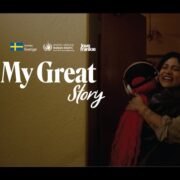 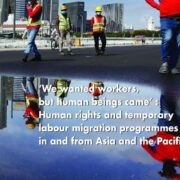