BANGKOK (12 July 2017) – The UN Human Rights Office for South-East Asia calls on the Singaporean Government to halt the imminent  execution of Malaysian national Prabagaran Srivijayan for a drugs related offence, and urges the Government to immediately instate a moratorium on the use of the death penalty.

On 6 July 2017, Mr. Srivijayan and his family were informed that he would be executed on 14 July 2017. His appeal for clemency to the President of Singapore was declined on 7 July.

Mr. Srivijayan, 29, was arrested in April 2012 in possession of 22.24 grams of diamorphine, a pure form of heroin. The heroin was found in the arm rest of a car that he had borrowed. Mr. Srivijayan claimed that he had no knowledge of the drugs.

On 22 July 2012, Mr. Srivijayan was convicted and sentenced to death under section 33B of the Misuse of Drugs Act. On 2 October  2015 his appeal was dismissed by the Court of Appeal.

Separately, in May 2017, Mr. Srivijayan’s legal representatives in Malaysia launched a case to urge Malaysia to seek the intervention of the International Court of Justice.

We are gravely concerned that the execution will proceed despite a pending appeal with the International Court of Justice.

We deeply regret that in recent months, four individuals have been executed for drug-related offences in Singapore. Under international law, the death penalty may only be used for “the most serious crimes” which has been interpreted to mean only crimes involving intentional killing. Drug-related offences do not fall under this threshold. </p>

Several States have also called on Singapore to abolish the death penalty, in particular for drug-related offences, during its human rights review in Geneva in January 2016. 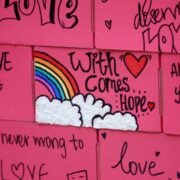