BANGKOK (5 May 2016) – The UN Human Rights Office for South-East Asia (OHCHR) expressed concern on Thursday
over the impact of mysterious mass fish deaths along Viet Nam’s central coast on the enjoyment of human rights in the
country, in particular the right to health and food.

The Regional Office is also concerned about the treatment of those joining protests which erupted over the fish deaths, and
called on authorities to respect the right to freedom of assembly in line with international law.

Since April, tonnes of dead fish have washed ashore along a 200-km stretch of coastline in Ha Tinh, Quang Binh, Quang Tri and Thua Thien-Hua Provinces. Media reports allege a plastics production plant could be to blame, although the government has stated the fish deaths were the result of a toxic algae bloom.

The right to a safe, clean, healthy and sustainable environment is integral to the full enjoyment of a wide range of human rights, including the rights to life, health, food, water and sanitation, recognized in the International Covenant on Cultural, Economic and Social Rights, to which Viet Nam is a party.

“Vietnamese authorities should adopt legal and institutional frameworks that protect against such environmental harm that interferes with the enjoyment of human rights, and ensure that all the persons negatively affected, in particular fishermen, have access to effective remedies,” said Laurent Meillan, OHCHR’s Acting Regional Representative.

On May 1, hundreds of people organized peaceful rallies in several cities across the country to protest against the disaster in a rare show of public anger tolerated by the authorities. During these demonstrations at least a dozen participants were beaten and temporarily detained by police.

The UN Human Rights Office calls upon the Government to fully respect the right to peaceful assembly guaranteed under
the International Covenant on Civil and Political Rights, to which Viet Nam is also a party.

“We urge the Government to conduct an independent, thorough and impartial investigation of the reported cases of
excessive use of force by law enforcement officers,” said Meillan. 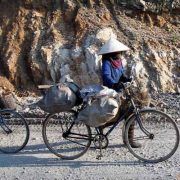