SUVA (28 August 2020) – States across the Pacific must come together and show international solidarity to ensure the region’s past nuclear legacy does not endanger the human rights of future generations, the UN Human Rights Office for the Pacific said in a statement marking the International Day Against Nuclear Tests.

Nearly 2,000 nuclear tests have taken place across the world since the dawn of the nuclear age in July 1945, particularly in the Pacific region. The tests have displaced people from their ancestral homes, and radioactive contamination has led to serious health problems.

“Even now, Pacific countries are still suffering the consequences of decisions made by nuclear powers over half a century ago,” said Thomas Hunecke, the OHCHR Officer-in-Charge for the Pacific.

Hunecke said climate change was compounding the dangers from past testing, in particular at the Marshall Islands’ Runit Dome, a concrete structure built by the United States decades ago to contain waste from atomic bomb tests.

“The Runit Dome, which is now under increased pressure from climate change and rising sea levels, is said to be leaking and could eventually spill its toxic contents into the Pacific Ocean,” Hunecke said. “This is a stark reminder that the international community, and specifically States responsible for nuclear testing, need to unite to take sustainable bilateral and multilateral action.”

Those actions should be in line with recommendations made by international human rights mechanism such as UN Special Procedures mandate holders, treaty bodies and the Universal Periodic Review process, Hunecke said.

Nuclear tests carried out across the Pacific – including waters off Australia, French Polynesia, Kiribati, and the Marshall Islands – have negatively impacted the rights of people living near test sites, especially their right to health; cases of thyroid disease, cancer, psychological trauma and mental health issues have all been documented.

International Human rights mechanisms have also highlighted to States the need to address the adverse impacts of nuclear testing on the health of women and girls, including damage to their sexual and reproductive health and rights and related impact on children.

There have been compensation claims involving victims of nuclear tests, and a dedicated fund has been set up for this purpose, which remains to be fully resourced. Other forms of reparation have also been recommended, and States have been urged to monitor, secure and remove nuclear wastes as part of an international response to nuclear legacy issues.

The UN Special Rapporteur on the implications for human rights of the environmentally sound management and disposal of hazardous substances and wastes recently highlighted the discriminatory legacy nuclear tests have on indigenous communities.

“Taking a human rights-based approach to the nuclear legacy is crucial, and can provide an effective strategy for all of those negatively impacted by its dreadful impact,” Hunecke said. 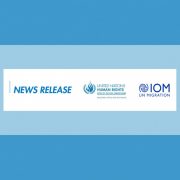 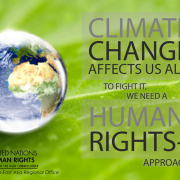 NEWS RELEASE: Human Rights Must Be Front and Centre in Climate Action 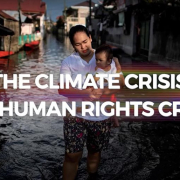 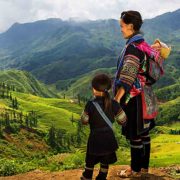