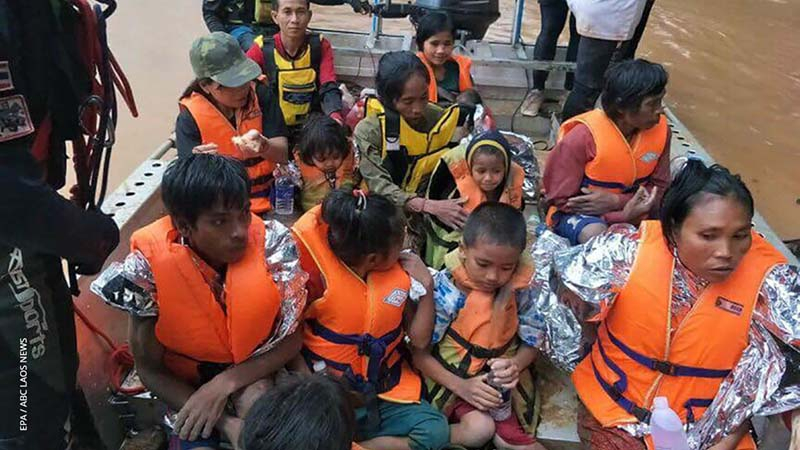 “Thousands of survivors lost everything and continue to face uncertainty and neglect,” the experts said. “Governments, as well as companies and banks, stand to profit handsomely from the hydropower project, yet communities who lost everything have received only broken promises.”

The breach of an auxiliary dam of the Xe Pian-Xe Namnoy hydropower project in July 2018 led to destructive flooding that killed at least 71 people and left thousands of people homeless.

“Community members, including indigenous peoples, have yet to receive adequate compensation and remain in substandard temporary housing with little privacy and inadequate access to food, water, medical supplies, sanitation and land,” the experts said. “People reportedly have not been meaningfully consulted about relocation or provided with a timeline.

“The Lao Government claims to be doing its utmost to help people, but that is contradicted by reports that displaced communities are still in limbo and needlessly suffering,” they said.

The UN experts noted that “the allegations suggest that the business enterprises involved are flouting their responsibility to respect human rights under the UN Guiding Principles on Business and Human Rights.”

“Since these businesses may have caused or contributed to this disaster, they should consult relevant stakeholders and provide effective remedies to the affected communities,” they stressed.

A Lao-government commissioned report on the cause of the collapse has not yet been released to the public. In May 2019, state-owned media quoted Lao officials saying the report concluded that design and construction decisions were to blame. SK Engineering and Construction, the Korean company responsible for the engineering and construction of the dam, has challenged that conclusion.

The UN experts wrote to SK Engineering and Construction as well as the Thai company reported to have a supervisory role, RATCH Group. Both are partners in the Xe-Pian Xe-Namnoy Power Company (PNPC), a public-private partnership established to develop and operate the dam, along with Korea Western Power Company and Lao Holding State Enterprise, all of whom have been contacted.

The experts have also conveyed their concerns directly to the Governments of the Lao PDR, South Korea and Thailand.

During an official visit to the Lao PDR in 2019, the UN Special Rapporteur on extreme poverty and human rights, Philip Alston, spoke to community members who described the trauma of the disaster and the challenge of rebuilding their lives in crowded, makeshift shelters with limited support, rising debt and no real access to land.

“It is absolutely outrageous that so little has been done, despite government assurances and the deep-pockets of the investors involved,” the human rights experts concluded.

The Special Rapporteurs and Working Groups are part of what is known as the Special Procedures of the Human Rights Council. Special Procedures, the largest body of independent experts in the UN Human Rights system, is the general name of the Council’s independent fact-finding and monitoring mechanisms that address either specific country situations or thematic issues in all parts of the world. Special Procedures’ experts work on a voluntary basis; they are not UN staff and do not receive a salary for their work. They are independent from any government or organization and serve in their individual capacity.

Concerned about the world we live in?

Then STAND UP for someone’s rights today.

and visit the web page at http://www.standup4humanrights.org