The death toll has soared over the past week in Myanmar, where security forces have been using lethal force increasingly aggressively against peaceful protesters, and continue to arbitrarily arrest and detain people throughout the country. Deeply distressing reports of torture in custody have also emerged. Hundreds of people who have been unlawfully detained remain unaccounted for and have not been acknowledged by the military authorities, and this amounts to enforced disappearances.

Confirming information is becoming increasingly difficult, particularly with the imposition of martial law in a number of townships in and around Yangon and in Mandalay, but also because many of the working class neighbourhoods where people have been killed and displaced are easier to cut off through State-imposed communication blackouts.

We have, however, managed to confirm that at least 149 people have been arbitrarily deprived of their lives since 1 February, as a result of unlawful use of lethal force against peaceful protestors in Myanmar. Of these, at least 11 were killed on Monday, and 57 over the weekend. There are many more reports of further killings that we have been not been able to corroborate yet.

These figures include people killed during a violent crackdown in the Hlaing Tharyar, a township in Yangon, by security forces after unknown actors set fire to Chinese-operated or invested factories. The military authorities also declared martial law in a number of townships in and around Yangon and Mandalay. Under these terms, military law would apply to civilians with both stricter curfews and subjecting offenders to military tribunals with no right of appeal.

Arrests and detentions have continued throughout the country, with more than 2,084 people remaining arbitrarily detained. At least 37 journalists have been arrested, of whom 19 remain in arbitrary detention. At least five deaths in custody have occurred in recent weeks, and at least two victims’ bodies have shown signs of severe physical abuse indicating that they were tortured.

We are deeply disturbed that the crackdown continues to intensify, and we again call on the military to stop killing and detaining protestors. As the High Commissioner has stressed, all those with influence have a responsibility to take measures to bring an end to this State violence against the Myanmar people. 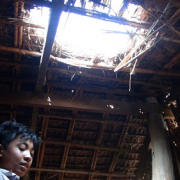 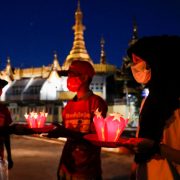 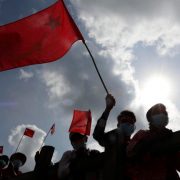 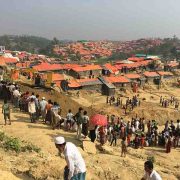 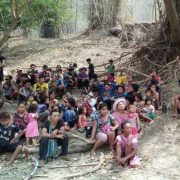 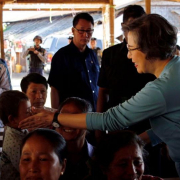