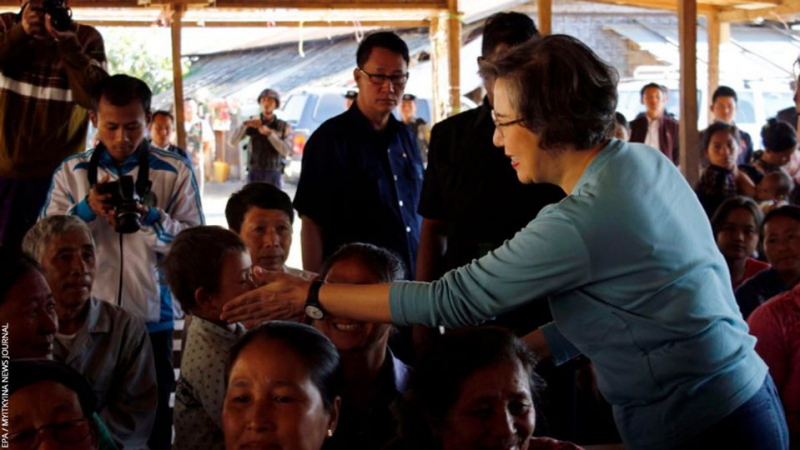 GENEVA (10 March 2020) – The UN Special Rapporteur on the situation of human rights in Myanmar, Yanghee Lee, called on the Myanmar Government to change course and embrace democracy and human rights during the presentation of her final report (A/HRC/43/59) to the Human Rights Council.

“When I took up my mandate in 2014, I had thought that by 2020 a rights-respecting democracy would have been firmly established in Myanmar. But devastation and tragedy transpired,” she said in a statement in a video conference from Seoul.

“Rather than a nation that protects human rights, I observe rights violations that continue to routinely occur and a country that stands accused of the most serious crimes under international law.”

“However, it is not too late for the country to change course and reorient itself to transform into a democracy that embraces human rights for all,” the Special Rapporteur told the Human Rights Council.

Lee proposed that Myanmar undertake a national dialogue that is inclusive and firmly grounded in human rights to address ongoing issues including discrimination and inequality. She also proposed ways to move towards an equal, tolerant and pluralistic society, including through victim-centered transitional justice mechanisms.

The UN expert highlighted the need to bring the entire Government and security forces under civilian control. She called for wide-ranging reforms to develop modern institutions able to serve the people without discrimination. She called for extensive legal reforms, including of the Constitution, land laws, the Citizenship Law and laws that violate fundamental rights such as freedom of expression, assembly and religion.

“An end to impunity is the lynchpin for Myanmar to succeed in its transition to democracy. Perpetrators of human rights violations and international crimes must be held accountable,” she stressed.

Lee said the Government must meet its responsibility to do so by reforming the justice system, ensuring judicial independence, removing systemic barriers to accountability and building judicial and investigatory capacity in accordance with international standards.

“I urge the international community most strongly to support the ongoing international accountability initiatives and ensure that victims are placed at the center of all of these efforts,” the Special Rapporteur said.

Lee reported to the Council that the armed conflict between the Tatmadaw – the Myanmar armed forces – and the Arakan Army is well into its second year. An internet blackout — that was first imposed eight months ago — once again extends to nine townships in northern Rakhine and southern Chin, affecting one million of mostly ethnic Rakhine people and seriously hampering humanitarian efforts and independent monitoring.

Students who protested the blackout were arrested in Yangon at the end of February. This week, Reuters news agency has become the latest media outlet to be the subject of a defamation claim by the Tatmadaw in relation to its reporting on the conflict.

“Once again the international community is watching on as the Tatmadaw displays its disregard for human life and its contempt for the values of humanity,” the expert said.

Lee told the Council that in the last few months, hundreds of Rohingya have been arrested for trying to flee Myanmar and charged with criminal offences. Some have been sentenced to prison for up to two years. “The Government denies their ongoing persecution, but what else would force them to make such a desperate choice?”

Lee said that the hard-fought democratic space that paved the way for the National League for Democracy to win an election and form a Government is under real threat. Draconian laws remain intact, stifling free expression and exchange of information. “Without decisive action from the Government, I fear these issues will be exacerbated by the elections later this year.”

People in rural areas are also being imprisoned for fighting back against the dispossession of their land as the Government enacts laws that favour the interests of business and developers while neglecting the rights of affected people, Lee said. “For millions of people in Myanmar, subsistence farming based on traditional and communal practices is a way of life. But for many, this is becoming increasingly uncertain.”

Yanghee Lee (Republic of Korea) was appointed by the UN Human Rights Council in 2014 as the Special Rapporteur on the situation of human rights in Myanmar. She is independent from any government or organization and serves in her individual capacity. Ms. Lee served as member and chairperson of the UN Committee on the Rights of the Child (2003-2011). She is currently a professor at Sungkyunwan University, Seoul, and serves on the Advisory Committee of the National Human Rights Commission of Korea. Ms. Lee is the founding President of International Child Rights Center. 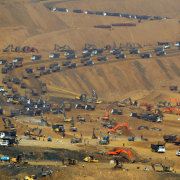 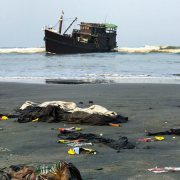 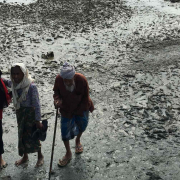 AFP NEWS RELEASE: Myanmar must allow free flow of information and aid to protect right to health in…
Tweets by OHCHRAsia